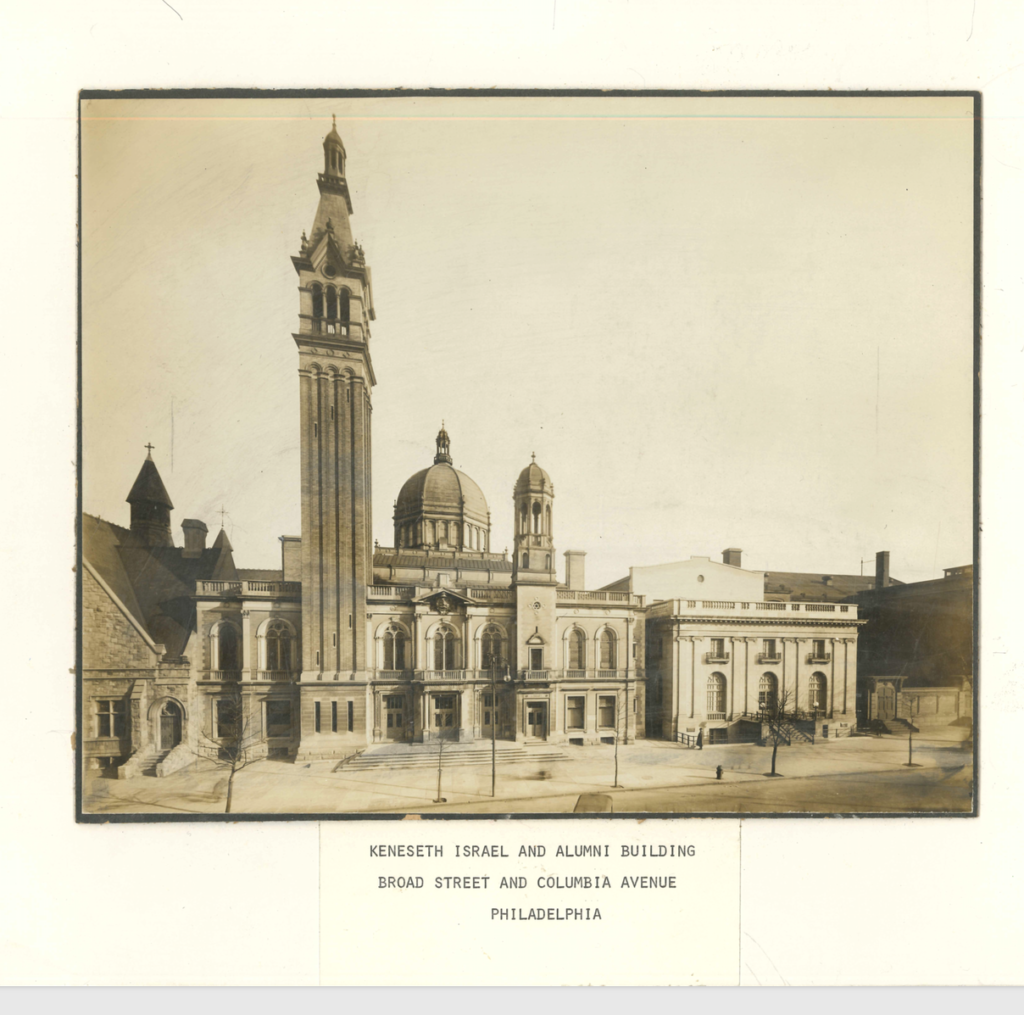 Keneseth Israel (“Congregation of Assembly of Israel”), founded in March 1847, was the fourth congregation to be established by the expanding Jewish community of Philadelphia. Orthodox in observance at first, KI adopted Reform in 1855, and thus became the first progressive congregation in Philadelphia, and only the fifth in the entire country, to take the way of radical experimentation. For almost forty years, KI was the only Reform Congregation in Philadelphia. The term Keneseth Israel is frequently used in the midrash to represent the entire people of Israel as a religious entity. We still hold to the goals of our founders: to maintain a synagogue as a center of worship, religious education and communal gathering; to foster a “living Judaism” not only in the synagogue, but also in the homes and lives of its members and their families; and to adjust the teachings and practices of old to the needs of each new generation of American Jews.

Rich in years and distinguished in history, we maintain our dedication to the creative survival of Judaism as an eternal “light to the nations.”