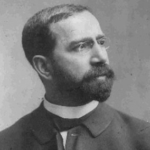 Since 1847, an extraordinary group of dedicated clergy led Keneseth Israel to be the flagship of the Reform Movement. They brought a wide-range of creativity both on and off the pulpit. The Clergy, included Rabbis and Cantors, who although always forthright at times were very controversial. Several Rabbis served as national leaders in the Reform Movement and in the realm of Social Justice.

Other dedicated leaders, past and present, include Congregational Presidents, Men’s Club, and Sisterhood.