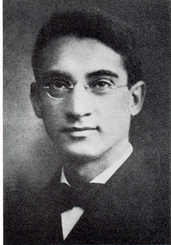 1902   Eli Mayer graduated from both the Hebrew Union College and a Master of Arts from   the University of Cincinnati.

1904 – 1906  In the summer Eli Mayer was elected as the Assistant to Dr. Krauskopf.  He served as reader and officiated at weddings and funerals.  In 1906 Rabbi Mayer   resigned to take another position.

1908 – 1920 Eli Mayer was Assistant Rabbi at Rodeph Shalom in Philadelphia.  1908 he was          appointed Assistant Rabbi. In 1915 he was given the title of Associate Rabbi to Rabbi  Berkowitz.  On December 1, 1917, Rabbi Mayer gave an address in the Saturday   Morning Shabbat Program and was a singer in the choir at Rhodeph Shalom when    Rabbi   Berkowitz was honored for 25 years of service.  His wife, Mrs. Eli Mayer played  the violin and also sang in the choir on the auspicious occasion of the Silver Jubilee of   Rodeph Shalom.

* During the summer of 1918 Rabbi Mayer gave several lectures at
The Jewish Chautauqua Society at State College, Pa and at the University of Kentucky.

* In the New Deal Era, at the time of the creation of the National Association for the Advancements of Colored People, Rabbi Eli Mayer sat on the NAACP’s branch of the Board of Directors.

1918 – 1920 Dr. Mayer was Rabbi at Temple Beth Emeth, Albany, NY at the time of his unexpected passing. At the point of his passing, he was survived by his widow.

1921   In the Union of American Hebrew Congregations 1921 Report it stated that Rabbi Eli  Mayer’s classmates from 1902 requested and set up a significant amount of money in the Student’s Emergency Loan Fund in his memory.