JT Waldman is a comic book creator and digital designer. He is best known for his graphic novel, Megillat Esther, published in 2005 by the Jewish Publication Society. In 2012, his collaboration with Harvey Pekar, Not the Israel My Parents Promised Me, reached the New York Times Best Seller List. He has contributed to two books that detail the intersection of comic books and Judaism, From Krakow to Krypton and The Jewish Graphic Novel, as well as the historical anthologies, Colonial Comics and The Graphic Canon Vol. I. JT also lectures at colleges, universities, and conferences on topics ranging from comic books and religion to visual narratives and Midrash.

* In 1970 artist Jacob Landau was commissioned by Reform Congregation Keneseth Israel to create ten stained glass windows for its sanctuary. These windows, recognized as a major accomplishment in the art of stained glass, are known as “The Prophetic Quest”

DESCRIPTION: Background to the Opening the Windows project and the  exhibition:

This exhibition showcased original drawings by JT Waldman for the new Opening the Windows readers’ guide to The Prophetic Quest, the ten stained glass windows by artist Jacob Landau installed in 1974 in the KI Korn Memorial Sanctuary.

With the generous support of Herb Altman and the Altman family, the Temple Judea Museum and KI were able to invite JT Waldman, noted artist and graphic novelist, to create the guide as a new and unique work of Jewish Art, the result of over a year of preparation, research and studio time.

Opening the Windows echos the shape and familiarity of a comic book, a reference to the fact that Jacob Landau had designed comic books and used a comic art approach in the windows.  In addition to our appreciation of Herb Altman and his family for making the new guide and the exhibition possible, our thanks also go to KI Board member, Jim Rosenthal of Paradigm Digital Color Graphics for his impeccable work in guiding the printing of Opening the Windows. 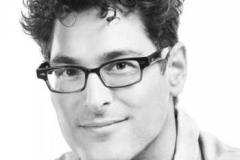 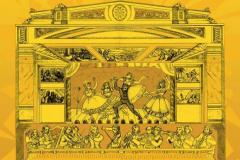 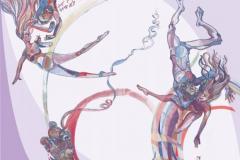 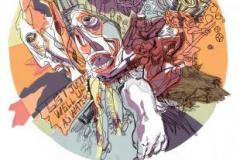